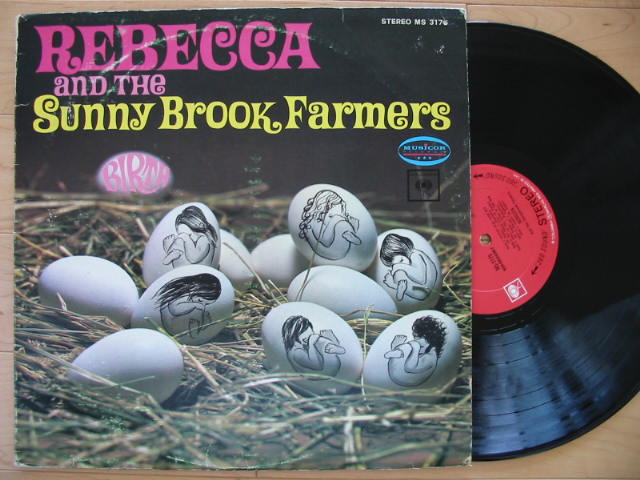 There are many odd things about the sole release from Rebecca and the Sunnybrook Farmers. First of all, the album was recorded in one weekend. The band drove up to New York from their hometown of Pittsburgh, recorded the album, and went home. Secondly, the album’s label, Musicor Records, was primarily a country label. The only other hippie band on the label was the equally obscure Tingling Mothers Circus. Third, the bluegrass sounding band name; while hippies often DO have farms (especially indoor ones), the band name is hardly an indicator of the freakiness present on the album. And that’s just the beginning: there are two Ilenes in the band (although one is really Lauren Wood), no one is actually named Rebecca, there is a violin player, and the band is nearly eclectic to a fault. And yet, the album holds together under the weight of all this strangeness, managing to deliver a solid set of songs that are enthsuiastically and imaginatively played.

Side One is especially strong. “Two Blind Sisters” is a beautiful, baroque tearjerker, “Endless Trip” is a nice slice of West Coast pop, and “David and Sally” fairly represents the band’s kooky, old-world side. Side two veers away from pop, with only slightly less success. “Better Dead than Red” starts off innocuously enough in a reflective, soft-psych mode, only to explode into a barrage of gunfire sound effects, whistles, and cacophonous drumming.

If you can track down a copy, I highly recommended this album, especially the songs composed and sung by Lauren Wood, a gifted songwriter who still plays to this day.