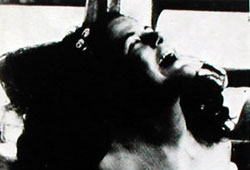 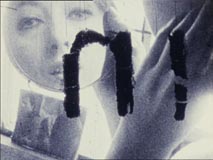 With respect to my father’s exhibition (Semina Culture: Wallace Berman and his Circle) that is taking place at the Berkeley Museum, there will be some cool films along with the show. My father’s film “Aleph” will be shown as well as the rare Andy Warhol film starring the great Taylor Mead as well as my father and yours truly playing “Boy.” I know…. Don’t ask!