3. Will Young on the genius of Noel Coward 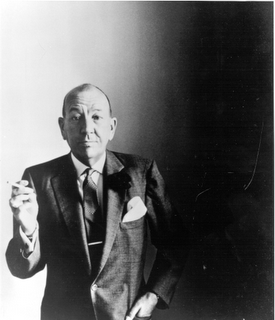 I find Noel Coward fascinating – particularly the notion of him as a celebrity and the extent to which that relates to our idea of celebrity now. It’s almost exactly the same. He set the standard for men’s style at the time – regardless of his sexuality. There’s a comparison with someone like David Beckham today, who has heralded this metrosexual age. Because Coward was so suave and sophisticated and slightly effeminate, that became the way that young men wanted to present themselves. It’s an astonishing level of influence for a gay man to enjoy, particularly given the fact that homosexuality was illegal at the time. And of course his relationship with fame underwent exactly that thing that every British celebrity goes through now. He was hugely popular and then hugely unpopular.

Next year I’m appearing in a production of The Vortex in Manchester. It’s a play that was rather punk rock for its day, dealing with the mass consumption of cocaine – again, you can draw parallels with the present day – and then he went on to this period of unparalleled theatrical success with Hay Fever and Private Lives where he’d have three shows running concurrently in the West End at any given time. He became so nationally loved and so popular that people had nowhere to go with him but to start hating him.

I was talking about this kind of nature of success with my boyfriend only the other day. It’s like what happened to David Gray. Massive. Then nowhere. But we live in a lot more fickle times now. If someone comes along and does David Gray in a better way than David Gray did it – like James Blunt did – then there is no need for David Gray any more.

What happened to Coward was the Sixties. When you have John Osborne with Look Back in Anger at the Royal Court I guess you don’t really need Noel Coward. There is something essentially repressed about Coward that fell out of favour. So he went to Vegas and did shows there and bought a house in Jamaica and … well, good on him! There is a great album called Noel Coward Live at the Sands, Las Vegas, with an iconic shot of him in the desert on the cover. I think the British saw it as a betrayal, that he was cashing in a bit on his success. But why not? England is so funny. In a way it was a double betrayal. It betrayed him so he betrayed it. And then he came back later and did a show at the Cafe de Paris with Marlene Dietrich, which must just have been the most amazing thing.

He knew everyone, of course. There are diary entries about him going to Chequers to visit Churchill and he was completely accepted by royalty and by politicians, people who were the society figures of the day. Politics and royalty were so much more glamorous then. There is a brilliant story of him taking tea at the Ritz during the Blitz. Bombs were going off around him and he said: ‘How marvellous that the band kept playing.’

He does get a lot of criticism for not being more open about his sexuality, but it’s all there. You could argue that he was bottling it by not being a bit more expressive, could have embraced it a little more – but you have to remember the times. And in a way his gayness did work against his classic English gentlemanliness.

The theatre and the music business were havens for people like Coward. It was one of the only places that you could have any sense of freedom about your sexuality, which follows through in the British arts right up until recently. And then you can trace it back to Oscar Wilde, who was vilified in something like the way George Michael is now. I’m sure Wilde would have been falling asleep at the wheel of his Mercedes if he was around now!

Coward’s music is so important too. Largely, it is very patriotic, like ‘Mad Dogs and Englishmen’. ‘London Pride’ is ever so ironic, if you think about it.

One of my favourite songs is ‘Don’t Let’s Be Beastly to the Germans’. Just the title. It is so camp. But isn’t that fantastic? Songs like that, and ‘Don’t Put Your Daughter on the Stage, Mrs Worthington’ are incredibly camp. But then the British do have a very long and enduring relationship with the idea of camp. They love it. And the reciprocal situation here is that entertainment becomes a safe house for camp people. They are incubated by it. The British have a huge tradition of comedians, singers, actors, performers and pop stars who are incredibly camp, whether they are Noel Coward or Freddie Mercury. And they are all loved for it. I guess in some ways Coward didn’t need to come out.

A lot of this helps to explain why I became a performer. I remember at school feeling this sense of difference, of otherness, that I think most gay people feel. You spend a lot more time observing things than necessarily participating in them and I think it gives you an eye for human behaviour that lends itself towards performance or some sort of social commentary, which Coward was fantastic at.

There’s a great line from Coward’s diaries: ‘All I ever had was the talent to amuse.’ I think that just about sums up the entire position of the gay relationship with entertainment. It is, quite literally, ‘let’s put on a show!’ It’s such a fantastic, resilient approach. Which is why I think, yes, being gay does still affect music.

Â· Will Young is appearing in The Vortex at the Royal Exchange, Manchester, from 17 January

4. The crooner
by Marc Almond 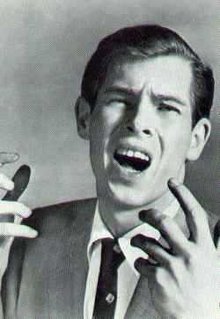 When Johnnie Ray sang ‘Cry’ for the first time in 1951, his eyes closed tight, melodramatically falling to his knees, pounding on the piano and shedding tears, I wasn’t yet born. Yet when I saw him for the first time in black and white in those lavender times, I recognised something that I felt in myself, igniting something as yet undefined to me. It was a secret I kept to myself.

The spirit of his highly emotive crooning permeated the times, paved the way for Joe Meek and his adored Heinz, for Larry Parnes (perhaps the man who really invented gay pop) and his stable of pretty proteges.

He influenced Elvis, and annoyed Sinatra. He broke down musical barriers and, particularly towards the end, became Judy in a suit – fate even brought them together in the spring of 1969 when he briefly toured with Garland. But for me, it was his handsomeness, his wide smile, the floppy Brylcreemed quiff and haunting voice that proved so heartbreaking.

Like all the great (gay) stars who found fame in less enlightened times, he exuded mystery, his sexuality blurred by marriage and ‘bearded’ denials. Even before his first record was released he had been arrested for importuning. In 1959, he was arrested on a charge of soliciting an undercover police officer: his career never recovered.

In performance, he theatrically caressed the microphone. He was immaculate yet dishevelled, bothered, edgy and uncomfortable as he drank and pill-popped his way to musical immortality, to the accolade of affection.

Â· Marc Almond’s next album, Dining with Panthers, is due out in 2008