5. The Beatles
Simon Napier-Bell on how the Fab Five changed everything 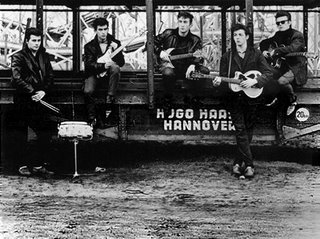 Lemar, a British act, sings serious soul. As a result, he’s said to sound American. The Scissor Sisters, an American act, are outrageously camp. So everyone thinks they’re British.

Ever since the Beatles, the imagery needed to make pop and rock stars click with the public has included aspects of gay culture. The more the public has seen of it, the more indifferent they have become to it. Robbie Williams will probably be the last pop star able to tease us with the ‘is-he-or-isn’t-he?’ theme, his provocation silenced by Will Young’s brilliance at persuading us that ‘gay is normal’.

Forty years ago that was the Beatles’ message too. John, Paul, George and Ringo – the most visible, most photographed, most talked-about four people the world had ever known – had a gay manager. And they took him everywhere with them.

Brian Epstein was known as the fifth Beatle. Travelling with his group, Epstein was seen endlessly on TV and in the papers, meeting world leaders and celebrities. Though London was swinging, being gay was still against the law. But with someone gay in such a super-privileged position, it just didn’t seem to matter. The Beatles’ popularity, coupled with their affection for their manager, made it a sure bet that Harold Wilson’s government would move forward on legalising homosexuality. Unintentionally, the Beatles were helping force the issue.

But there was more to it than that. Beatles music was played at every gay party, every gay disco, every gay bar and pub. While teenagers dreamed of being John, Paul, George or Ringo, business-minded gays saw another option – be a pop manager like Brian Epstein.

It worked. By 1966 the music business had become more gay than straight. The Beatles, the Yardbirds, and the Who had openly gay managers while the Rolling Stones had one who seemed to swing both ways. The backstage area of pop had become a haven for gays – songwriters, record producers, stylists and TV directors – but especially managers. Robert Stigwood managed the Bee Gees. Ken Howard and Alan Blaikley managed Dave Dee, Dozy, Beaky, Mick and Tich. Vic Billings managed Dusty Springfield.

The artists, though, were mainly not gay. Which is exactly what made it work so well. Straight kids who teamed up with gay managers found themselves liberated from their dull upbringing. Encouraged to be outrageous, they threw themselves into it with abandon. When Mick Jagger got himself arrested for pissing against a wall; when Rolls Royces were driven into swimming pools and hotel rooms smashed, you could be sure it was done with a wink and a nod from the manager. It was largely this subversive gay input into Sixties pop that converted it into the rock music that invaded American stadiums in the Seventies.

With glam rock, the influence of all this backstage gay banter began to show itself front of stage too. Among the new batch of stars were some who were gay and many who were ‘bi’, but apart from Bowie, most were too cautious to cross the line from visibly camp to actually homosexual. It was only in the Eighties that gay artists started rejecting the ambivalence that had been the operating norm for previous generations. Even so, while projecting themselves as totally gay they still dodged the subject of bedroom proclivities. It’s difficult to believe now, but in the Eighties Boy George and Marc Almond managed to keep the straight public guessing about their sexuality. It wasn’t so much about hiding it as keeping it under an alluring veil.

Now even that has been pushed aside. Will Young presents his homosexuality with no compromise and it matters very little. The accepted wisdom of the music business was that female fans would be turned off by a male star who was gay. Yet since screaming for sex with your pop idol is likely to be a hopeless fantasy anyway, it seems to make little difference.

But what would have happened 40 years ago if one of the Beatles had turned out to be gay? Or even just a tiny bit ‘bi’? In 1983, when my book You Don’t Have to Say You Love Me was first published, I received death threats from outraged Lennon fans for suggesting that he and Epstein once shared a kiss. By the time the book was republished in the Nineties this had been more than confirmed by several biographies (in fact, Lennon and Epstein had tried an experimental dirty weekend together in Spain), but no one seemed to care any more.

In the Sixties a tabloid report like that would have been the death of the Beatles. Nowadays it does little more than raise eyebrows.

What a wonderful change!

Â· Simon Napier-Bell is an author and was the manager of, among others, the Yardbirds, Wham! and Japan 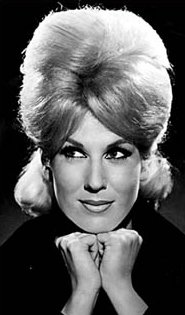 When Queen Victoria’s government tried to legislate against lesbianism, the Queen thought the idea ridiculous as she didn’t believe such a thing could possibly exist. It seems that Dusty Springfield was one of these non-existents. She won four NME awards during her own Sixties reign, and her sexuality was obvious to the gay crowd. I don’t know that it matters in the face of such awesome music but for those who believed that she might be, those who thought it obvious or those who were similarly inclined, it must have meant the earth when she let her sexuality slip to Evening Standard journalist Ray Connolly in 1970 (‘A lot of people say I’m bent, and I’ve heard it so many times that I’ve almost learned to accept it,’ she said. ‘I know I’m perfectly as capable of being swayed by a girl as by a boy’).

Personally, I love the album Dusty in Memphis – for its sexual frankness, the production values and the affected coquettishness of Dusty’s vocal performances. I also love ‘You Don’t Own Me’ and ‘You Don’t Have to Say You Love Me’. Once heard never forgotten.

Nonetheless, my unassailable favourite song is ‘ What Have I Done to Deserve This?’, which she recorded with the Pet Shop Boys in 1987. I remember exactly where I was, what time of day it was and what I was wearing the first time I heard it: WHSmith in the Whitgift Centre in Croydon, buying a copy of Smash Hits. I still experience a palpable thrill whenever I hear the intro with those stabs of stately, classy brass, ushering in Neil Tennant’s laconic, pop-on-a-smoking-jacket drawl. He then steps aside for Queen Beehive to produce a profound interpretation of Allee Willis’s sugary chorus. The song reached number two in the charts in Britain and America and while Dusty owned the Sixties, here she was with us again before we finally lost her. I salute the Pet Shop Boys for remembering how much we all loved Dusty when so many of us had forgotten.

Â· David McAlmont is part of McAlmont and Butler with Bernard Butler. Their most recent release is the single ‘Speed’