7. ‘The seventies was a fantasy age – he was the ultimate fantasy figure’
Boy George on his first sighting of David Bowie 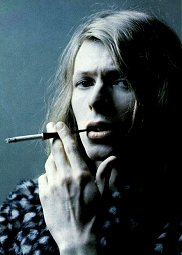 The beginning for me was seeing David Bowie on the Old Grey Whistle Test singing ‘Starman’ in February 1972. I was 10. Of course, then I saw the Ziggy Stardust tour at the Lewisham Odeon in 1973 – the tour that ended with the last ever Ziggy concert. It was such a nightmare to get tickets for. My grandmother was staying with us and my gran and my dad were always at each other’s throats. They were locked in constant battle. My nan stopped me from trying to get tickets- ‘what do you want to go and see that poof for?’ – but because my dad wanted to upset my nan he got me one. I lived in Eltham and I only had the bus fare to get one way to Lewisham so I had to bunk my fare on the way back.

I knew I was gay by that time – I hadn’t had my first sexual experience, but it came not long after. Discovering Bowie and those first experiences totally connected. Just seeing this whole other world was enough to spark my interest.

I got my auntie Jan to give me a Ziggy haircut for the night, but it was a bit feeble. It looked more like [Slade’s] Dave Hill. I had a cheesecloth shirt that I’d borrowed off my brother and an embroidered jacket – a bit hippyish – and I remember getting to the gig and thinking I looked really sappy compared to all these other fantastic people.

Later, aged about 17, I was working as a messenger for a print firm in Hanover Square. I used to dress up and wear make-up – a bit punky. A very handsome, older, Italian man approached me one day. He said: ‘Are you a girl?’ and I said: ‘No’ and he said: ‘Well, what are you?’. ‘What do you mean, what am I?’ I said. ‘Well, I’m a boy.’ And he said: ‘Have you got a girlfriend?’ and I said: ‘No’ and he asked if he could come with me. I said: ‘I’m working!’ but he followed me anyway and the next thing was, he invited me to a party.

I went with him to somewhere in Queensway [west London] and the first person I saw at the party was the dancer and choreographer Lindsay Kemp, who I knew all about through Bowie because he’d influenced him hugely. The party was at a house that belonged to Anton Dolin, the great ballet dancer. It was all very snobby, but as soon as I saw Kemp I went over to speak to him and he took my hand, brought it up to his lips, and kissed every one of my fingers. I said: ‘Thank you’ and he said: ‘Ah, but the pleasure is all mine.’ It’s something that has never left me! And it was thanks to Bowie that that happened.

Rock’n’roll in its truest form is a fantasy realm where you can be whoever you want to be. It has no connection with the real world. Recently, there’s been all this obsession with ‘reality’ and I think it’s dragged music down with it to make it a lowest common denominator thing. But generally, certainly in the Seventies, music was fantasy – and Bowie was a fantasy figure. Bowie in Sainsbury’s just was not going to happen. You imagined him living off space-age food. He never got up in the morning to find he had ran out of milk. I used to think that he’d just sit around and be visited by other people from the rock world. Maybe someone from the Sweet would pop round with some cakes. It was this idea of a fantastic bohemian lifestyle that you wanted to engage with.

I thought it was very brave of him to say he was bisexual. I don’t actually think it matters whether he was telling the truth or not. Straight people have always made better homosexual pop stars. Certainly Bowie gave me the green light to start exploring my own sexuality.

Â· Boy George and Amanda Ghost’s new single, ‘Time Machine’, is out on 13 November on Plan A

8. ‘Glad to be gay articulated the desire for queer freedom’
Peter Tatchell on Tom Robinson’s anthem 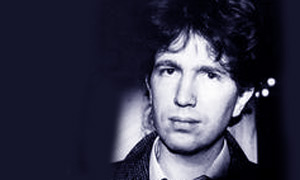 Released in 1978, when homophobic persecution was actively promoted by church and state, ‘Glad to be Gay’ was the world’s first explicit gay pride pop song, sung by Tom Robinson, the world’s first out and political gay pop star. Almost instantly, it became the de facto queer national anthem.

The song hit me emotionally. It damned homophobia and articulated the cry for queer freedom. It was the musical equivalent of the Gay Liberation Front Manifesto – uplifting and empowering.

Tom’s lyrics savaged the bigotry of the police, church, judges and media. He also had the courage to take a dig at the internalised homophobia of self-hating, closeted queers – the enemy within. That was daring and ground-breaking too.

The repressive reaction to ‘Glad to be Gay’ helped highlight the homophobia Tom was singing against. His record company, EMI, was nervous about releasing a queer song as a single [it came out on the ‘Rising Free’ EP]. Many radio stations refused to play it. Gay was obscene, according to the BBC.

Homophobia has ebbed since 1978 and ‘Glad to be Gay’ helped make that possible. Thank you, Mr Robinson.