Last weekend the Observer Guardian had an amazing series of articles on the relationship between Pop Music and the Gay World. I have always been fascinated by this fruitful (no pun intended) relationship. So I want to reprint some of the articles on the TamTam blog – with my illustrations or images to go with it.

This was an article titled “20 Most Fabulous,” and it’s a commentary by a group of fascinating gay music figures commenting on what they consider gay music icons. I found this on 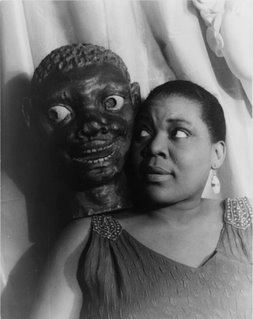 The term ‘racy’ derives from the phenomenon of ‘race’ records (marketed to black audiences) that blossomed with the birth of the blues in the 1920s. Classically, blues songs were about misery and deprivation, but human nature meant that songs with suggestive lyrics actually sold an awful lot better. In particular there were vivid expressions of female sexuality – as Sippie Wallace sang how she was ‘A Mighty Tight Woman’, and Maggie Jones wondered ‘Anybody Here Want to Try My Cabbage ?’

When Ma Rainey (the ‘Mother of the Blues’) was arrested for running an indecent party, it was Bessie who bailed her out – while Ma’s own ‘Prove it on Me Blues’ asserted: ‘I went out last night with a crowd of my friends/ They must’ve been women, ’cause I don’t like no men.’

2. Men in skirts
by George Melly 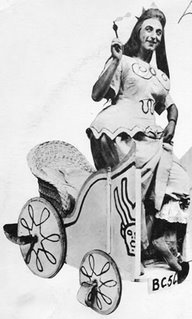 Douglas Byng was a cabaret artist in the West End before the Second World War and was famous for his impersonations of women. His songs were full of innuendo – for instance, ‘I’m one of the Queens of England'(1930) – and he’s regarded as a pioneer of what we call ‘camp’ now.

There was widespread speculation about his private life, but among his immediate circle his homosexuality was common knowledge. He was a great friend of my mother’s and I admired him enormously. He was a very sophisticated comedian – he wrote all his own material – and seemed the personification of homosexual smut. He was hugely popular: he told me once that when he’d walk down Piccadilly, all the whores would shout out to him ‘Hello, Dougy, how did it go tonight?’

His boyfriends were always what we call rough trade. I went to his flat in Brighton when he was getting old and ill and cross, and one of these lads was lying on the sofa. Dougy said to me: ‘This is my nephew’ – he always introduced them as his nephew – and he then said to his ‘nephew’: ‘Get Mr Melly a sherry.’ The boy replied: ‘Get it your fucking self!’ Dougy just said: ‘Aren’t they so rude, young people?’

He ended up broke in an old people’s home for theatricals. But he had a huge influence on the gay edge of society and he paved the way for performers such as Danny La Rue and a whole generation of artists who built up a tolerance to campness, because in those days there were a lot of violent homophobes.

Â· George Melly is a writer and entertainer. He is performing at Ronnie Scott’s Jazz Club, November 27-29