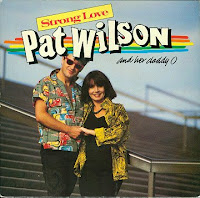 Donâ€™t worry if youâ€™ve never heard it. Few people did. The single never even cracked Billboardâ€™s Top 100 in the U.S. It got as high as #104 on the Bubbling Under chart, then dropped off after one week.

That might have been the end of the story, but for one thing. The songâ€™s video featured a cute, chubby-faced, up-and-coming 16-year-old Australian actress named Nicole Kidman. Thanks to the appearance of the former Mrs. Tom Cruise, â€œBop Girlâ€ has achieved something approaching cult status over the last few years.

And what of the song? Itâ€™s pretty great confection, actually. Its bump-and-grind, white R&B groove sounds like it might have been cribbed from Madonnaâ€™s â€œMaterial Girl,â€ but that song wasnâ€™t released until nearly a year later. That makes you wonder if Madonna or then-producer Nile Rodgers had heard â€œBop Girlâ€ in a club and were trying to cop the â€œBop.â€

â€œBop Girlâ€ has a lot of other things going for it, though, like an impossibly catchy guitar lick and Wilsonâ€™s unaffected, enthusiastic lead vocal. The surprising appearance of fiddles halfway through even prefigures Shania Twain and Mutt Langeâ€™s genre-mixing experiments of the 1990s. Maybe the biggest compliment you can give this record is that it really does make you wanna bop — even if you canâ€™t dance.

The song was penned by Wilsonâ€™s husband, Ross Wilson, who was something of a musical star in Australia at the time, having been in the bands Daddy Cool and Mondo Rock. Of course, you can tell the record is the work of rock veterans who decided to don â€œhipâ€ musical clothes and have a go at the new wave. Still, authenticity hardly matters on the dance floor, to quote the ditzy lyric, this â€œBop girlâ€™s A-OK!â€

Thereâ€™s probably a lot more I could find out about Pat Wilson. But that would probably spoil the mystery and fun of â€œBop Girl.â€ Sometimes in life itâ€™s best not to dig too deep and to just enjoy the superficial surface. Just ask any fan of Tomâ€™nâ€™Nicole.

â€œBop Girlâ€ was released as Warner 29361 and is out of print and not available on CD (at least not as far as we can tell). Wilsonâ€™s 1984 â€œBop Girlâ€ EP is not hard to find in used record shops, though. 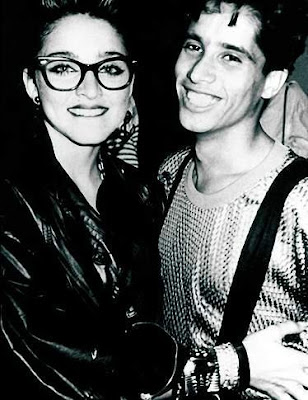 After Madonna became a pop sensation in fall 1984, a lot of artists copped her style. Some used her sound as an influence, but others went whole hog and cooked up copycat records that sounded uncannily like the Material Girl.

Four â€œimitation Madonnaâ€ records were chart hits and all of them have been virtually forgotten. Until now. What follows is a chronological list oâ€™ discs, with their peak chart position listed first and the date they hit the charts second. If youâ€™ve never heard these, finding them now will give you some new â€œold Madonna.â€ Sort of. Anyway, without further adieu, we present Desperately Faking Madonna:

1. Jellybean â€“ â€œSidewalk Talkâ€ (#18, 11/16/85). Club DJ and remix artist Jellybean Benitez was Madonnaâ€™s boyfriend around the time of her first album. He eventually cut his own records, and this was his first chart hit. To be fair, this funky, synthesizer-fueled anti-gossip rant was penned by Madonna, who sings the choruses. But since she went uncredited and a vocal doppleganger namedÂ Catherine Buchanan sang the lead vocal, itâ€™s listed here. Tuneful but cloying after a while. Available now on the â€œFlawlessâ€ movie soundtrack.

2. Regina â€“ â€œBaby Loveâ€ (#10, 6/21/86). Regina Richards was a true one-hit wonder and never charted at all outside of this record. Madonna collaborator Stephen Bray co-wrote it with her, and it sounds a bit like some of his other Madonna tunes (â€œThink of Me,â€ â€œInto the Grooveâ€). The lyric is a boldly Madonna-esque assertion of female sexuality (â€œBoy, thereâ€™s no one home tonightâ€¦Why should we pretend to be just friends?â€). Yet the melody is sentimental, giving the song an interesting ambiguous quality. Out of print.

3. Tia â€“ Boy Toy (#87, 3/7/87). Maybe forgotten singer Long Island singer-songwriter Tia didnâ€™t have success with this record because she was too way derivative. Besides using Madonnaâ€™s trademark phrase for a title, she starts the disc by quoting her first hit, â€œBurning Up.â€ The thunderous drums and synthetic handclaps make this production sound like it was meant for the dance floor, and thatâ€™s probably where itâ€™s best heard. Shame we can't make a time machine and go back to an 1980s club. Oh well. Very out of print!

4. Elisa Fiorello and Jellybean â€“ â€œWho Found Whoâ€ (#16, 7/11/87). Sounding uncannily like â€œLive to Tellâ€-era Madge, 17-year-old Fiorello sings this pleading love song like she really means it. Jellybeanâ€™s production kicks a cool â€™80s groove, with thwacking electric guitar and bell-like synth tones. Itâ€™s hard toÂ imagine that back in the Reagan Era, this music sounded bold and daring and was an affront to the established rock sounds. It now comes off as positively sweet and innocent! Available on â€œ1987: 20 Original Chart Hits.â€ Or try YouTube.

Didja ever meet those people who seem all normal on the surface, but when you get to know â€™em you find out they have rooms filled with horror movie memorabilia or tons of books about serial killers?

â€œMad About the Wrong Boy,â€ the sole LP that The Attractions recorded without Elvis Costello is kind of like those people.

Itâ€™s sweet and poppy upon first listen, with lots of shiny, happy melodies, and bubblegum-synth gurgles and squawks. Itâ€™s even got a cute cover, featuring both an adorable little dog and a tasty-looking breakfast. Itâ€™s in the lyrics that the weirdness crops up, though. Songs touch on themes like self-loathing (â€œDamage Meâ€), desperate housewives (â€œHighrise Housewifeâ€), mindless conformity (â€œLonesome Little Townâ€ and â€œStraight Jacketâ€) and nuclear war (â€œArms Raceâ€). The albumâ€™s tales of British life often recall The Kinksâ€™ â€œThe Village Green Preservation Society,â€ but Ray Daviesâ€™ wistfulness was supplanted by The Attractionsâ€™ bitterness.

When the lyrics arenâ€™t dark, theyâ€™re often inscrutable and very open to interpretation. For example, does the LPâ€™s â€œSingle Girlâ€ excoriate a self-centered career woman or the â€œvirgin vigilantesâ€ that court her? Or is it just a breezy song with some oddball phrases thrown in? Considering how strong the songâ€™s hooks are, maybe it doesnâ€™t matter what writers â€œBrian & Hartâ€ meant.

About that songwriting credit: â€œBrian & Hartâ€ is Attractions keyboardist Steve Nieve and his wife. I know this because he told it to me when I met him after a Costello concert in 1983. However, on the songs Nieve writes by himself, he confusingly uses the name Nieve. Got that? Bassist Bruce Thomas and drummer Pete Thomas chime in with a few songs (and play excellently throughout), but itâ€™s mostly Nieveâ€™s show.

Seeing how this is being written for â€œLost in the Groovesâ€ and not a site called â€œThe Eighties Great Hitsâ€ or something, it probably goes without saying that the public didnâ€™t go mad for The Attractionsâ€™ â€œWrong Boy.â€ Rock critics â€“ who behaved towards Elvis Costello like 13-year-old girls behave towards Justin Timberlake â€“ could not emotionally handle a Costello-less Attractions LP and dismissed it as lightweight. But there are enough great tunes on this 16-song LP to make it consistently listenable. And to make you wish there had been a follow-up.

Â â€œMad About the Wrong Boyâ€ was originally released as F Beat XXLP8 in 1980 and was released on CD in 1999 by Demon Records. Itâ€™s available on Amazon.com.