Seems just like yesterday when everyone was talking about Smile, the original and the newly recorded versions, spectacular Royal Albert Hall concerts and more. But here we are again, with another late-60s hangover in the form of a 40th anniversary reissue of the Beach Boys Pet Sounds. 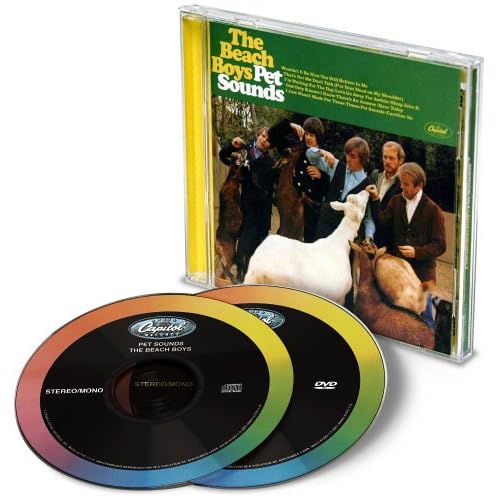 “What goes ’round comes ’round,” my momma used to say. And it’s right. Recently, Pitchfork named the Beach Boys’ “God Only Knows” (from this collection) as the finest song of the 1960s. (You can download a cool rehearsal version of this song at Little Radio).

And then there’s also the 40th anniversary edition of the Good Vibrations LP coming up too. THAT single has also been hailed voted as groundbreaking and extraordinary by loads of music publications over the years. And indeed it is.