An article in this morning’s The New York Times reveals that the premiere episode of the new WB series The Bedford Diaries will contain more cuts than originally announced (see original 25 March 2006 post, “sex, lies, and the WB“). Whereas original Times articles reported that only two scenes would be sent to the network censor’s cutting room floor, the latest reportage (“Bedford, a College With Sex in the Curriculum“) reveals that tonight’s pilot “no longer includes a scene of a young woman preparing to perform oral sex on a fellow student in a classroom (though some form of sexual activity is implied), and a few other salacious shots are also left out.” 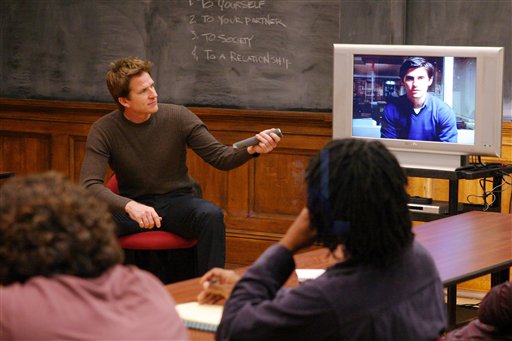 In the meantime, the full, unedited version of The Bedford Diaries pilot can still be viewed online at the WB website. How long it remains there, and how many more cuts the series will suffer in the censor’s hands, remains to be seen. Or not.