Continuum’s 33 and a 1/3 book series on influential LPs/bands gets another notch on the bedpost with the release of Bee Thousand, an evocative look at GBV’s 1993 seminal arena indie rock release. 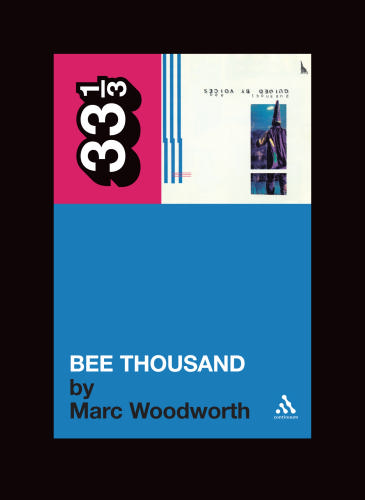 “Monday 13 November, 7PM — I’ll be presenting a multi-media (or at least bi-media) extravaganza at the very down Cake Shop (haven’t been there–I’m not down–but that’s what I hear) at 152 Ludlow Street, New York City, at 7PM on Monday, 13 November, very close to and just before doors open for the Robert Pollard show at The Bowery Ballroom. Come by for pre-show festivities. There’ll be some extras for those who buy the book at the event and I’m working up an anagram contest (prix d’honneur for the winner). The excellent Ben Sisario will also be reading from his 33 1/3 book on The Pixies’ Doolittle.”