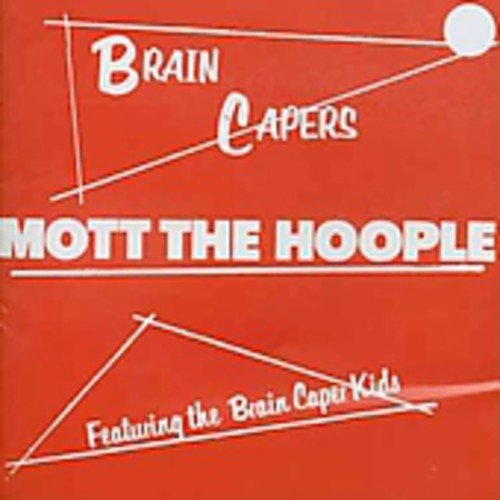 The missing link between Dylan’s Blonde on Blonde and Never Mind the Bullocks, Here’s the Sex Pistols. Mott the Hoople‘s Brain Capers, released in 1971, is as concerned with everything that came before it (the album is dedicated to James Dean) as it is with everything that came after. “I feel neglected, feel rejected/Living in the wrong time,” sings Ian Hunter, lead vocalist and songwriter of a band both ahead of and behind its day.

By the end of the album his introspection turns ugly and outward. With words worthy of Johnny Rotten, whose band was still six years down the road, Hunter bites the hand that feeds his group and berates Mott’s audience:

We ain’t bleeding you, we’re feeding you
But you’re too fucking slow

Pounding, thrashing songs about sex (“Sweet Angeline,” whose “mouth is like a snake” and who “swallowed everything”), kicking the habit and death (amazing covers of Dion’s “Your Own Backyard” and the Youngbloods’ “Darkness Darkness”), and the obsessive madness brought on by it all (the pyschodramatic “The Journey,” which makes the Doors’ “The End” pale in comparison).