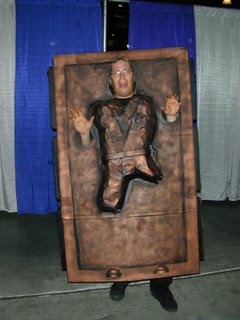 Oh jeez… it’s time again for the biggest convention of the year… it’s ridiculously huge, exhaustively-commercialized, and frightenningly over-populated with every variety of

Ahhh, I can’t wait- I love it… then I hate it, then the delerium kicks in and I start to love it even more, and then it’s Saturday and there’s over 100,000 people there and it begins to crush my soul… but there’s no other place I’d rather be this week!

This year I’ll be with

And I have 6 pages in the parody anthology “Krayons Ego.” This is a parody of the exceptional art-comix anthology

Here’s a fake cover for the book. I’ll post pages from it next week: 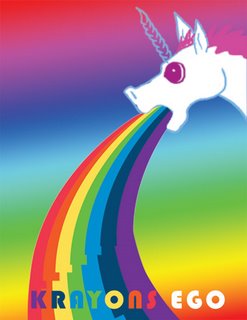