“The FBI agreed Tuesday to make public the final 10 documents about the surveillance of John Lennon that it had withheld for 25 years from a university historian on the grounds that releasing them could cause “military retaliation against the United States.”

— Seems the FBI has unleashed (released) a few more dribs and drabs on singer John Lennon from his radical, anarchist days in the early 1970s. It looks like updated material to the book Jon Wiener released at the dawn of this new century. Apparently, the movie The U.S. vs. John Lennon covers all this stuff. So see it if you need more Lennon history.

You can see some earlier FBI files regarding Lennon here. 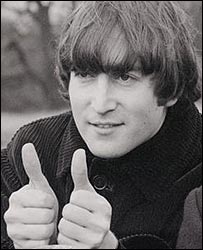